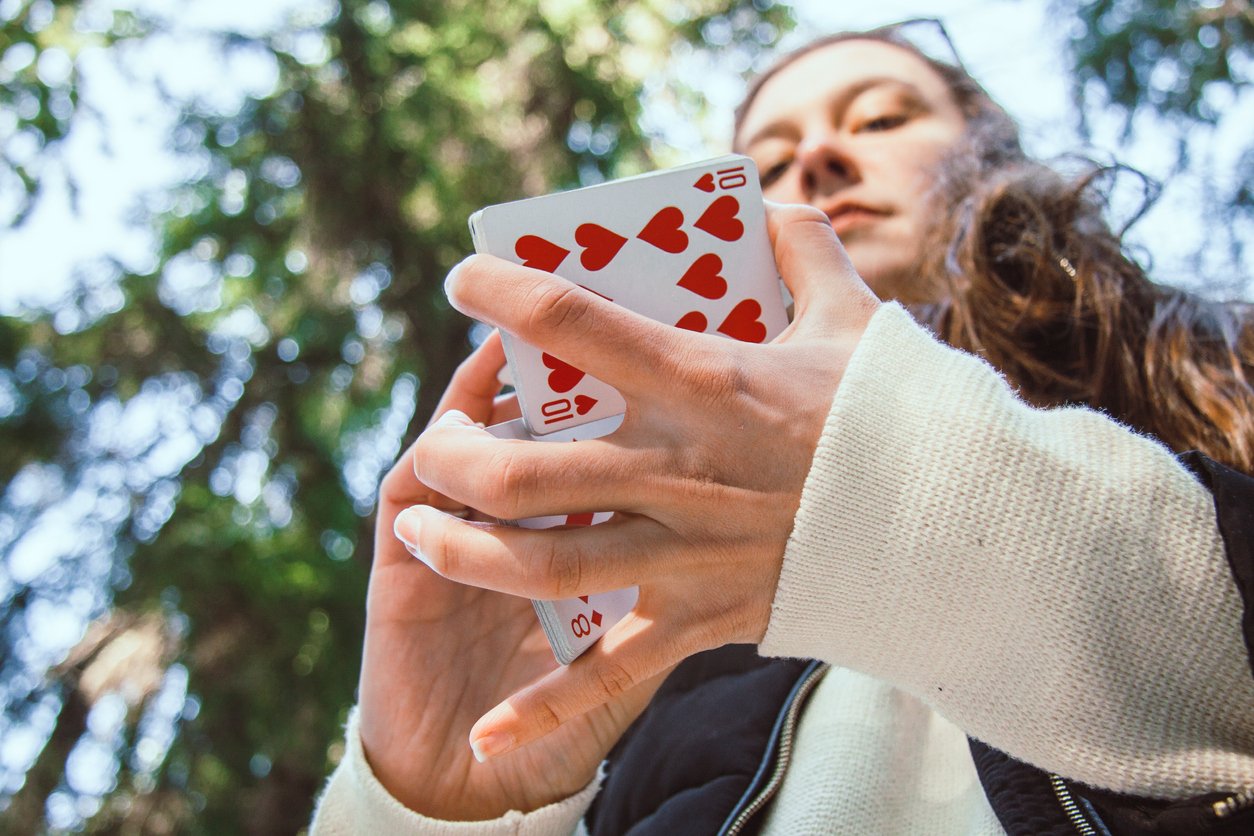 Quarantining is hard in many ways, but one way to take a positive approach is to take this time to learn a new skill. Whether you’re challenging yourself to learn a second (or third or fourth) language, are learning how to cook, or find yourself solving a Rubik’s Cube, once we’re all allowed back out into the world again, you’ll have some pretty cool conversation starters to work with. So, why not learn a few easy card tricks? Here are a few easy to learn card tricks, including easy card tricks for kids and easy card magic tricks!

What’s cooler than emerging from the darkness of COVID-19 quarantine as an amateur magician? Nothing. Keep reading for 10 easy card tricks anyone (kids and adults) can learn to do at home.

Make sense? Now for the how-to: Pull out any four of a kind of your choice. Take out a five and three random cards. The five goes on top of the deck, followed by the three random cards, then followed by three of the four of a kind. (So, if we’re going with the above example, you’d put three of the sevens here, leaving one seven out.) Place the three sevens at the top of the deck, then put the fourth seven in the middle of the deck.

Now, shuffle without disturbing the first seven cards of the deck. Tell the trickee that you’re making a prediction. Pull out the fourth four of a kind (in this case, it’s the fourth seven) and turn it upside down so neither of you can see. Next, the trickee divides the deck into three equal decks. Now, turn over the top card of each deck. Whichever number each card is how many cards you will count and then put on the remaining piles. It’s time to show your hand: Turn over the secret prediction card, then the three top cards of the three other decks. Each card you turn over should be one-fourth of the four of a kind you chose in the beginning.